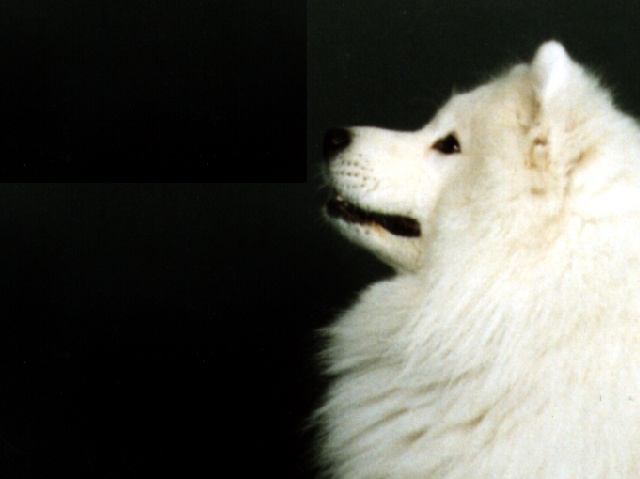 Named for the Manfred Man song “The Mighty Quinn” he started his impressive show career by winning the Canterbury Puppy Stakes which had an entry of 50-100 at the time I cannot remember exactly how many now but it was the start of something special. At the time there was also no baby Puppy in Show but a sperate sweepstake – he just kept winning them. He was from the second litter of one of New Zealand’s top winning Samoyeds ever, Grand Champion Samways Summer Knight.

Quinn continued to perform well in the show ring and in 1995 placed Reserve Best in Show (to his father) at the Samoyed Club’s Championship Show.

Over his showing years, he collected 43 challenge certificates and his second Best in Show (this time from the Dominion Samoyed Club’s Open Show). From a litter with 4 Champions, he also left behind Champion progeny.

His show career was ended suddenly when he was kicked (maliciously we sadly believe) at a racing event and developed testicular problems from the injury.

He then went on to become part of NZ’s top winning Samoyed racing team. One of only two Samoyed (his kennel mate being the other) at the time to gain sanctioned racing points.

Even at 10 he was still racing and loving it as much as ever. A champion in name and a champion of my heart, and why I am known as Quinny to all my friends. A gentle dog with a gentleman’s heart.